Where can we find the Golden Ratio?

The golden ratio is present in nature, for example there are various types of shells (for ex. the Nautilus) that have a spyral form that reminds of the the sectio aurea.

Meaning and use of the Golden Ratio

The golden section is a line segment divided according to the golden ratio:
the total length a + b is to the longer segment a as a is to the shorter segment b.

For example though, a geometrical analysis of the Great Mosque of Kairouan (Tunisia - Kairouan Governorate) by Boussora and Mazouz, reveals a consistent application of the golden ratio throughout the design. It is found in the overall proportion of the plan and in the dimensioning of the prayer space, the court, and the minaret. They also examined earlier archaeological theories about the mosque, and demonstrate the geometric constructions based on the golden ratio by applying these constructions to the plan of the mosque to test their hypothesis.

On the other hand, Swiss architect Le Corbusier, famous for his contributions to the modern international architecture, centered his design philosophy on systems of harmony and proportion. Le Corbusier explicitly used the golden ratio in his Modulor system for the scale of architectural proportion. He saw this system as a continuation of the long tradition of Vitruvius, Leonardo da Vinci's "Vitruvian Man", the work of Leon Battista Alberti, and others who used the proportions of the human body to improve the appearance and function of architecture.
Another Swiss architect, Mario Botta, bases many of his designs on geometric figures. Several private houses he designed in Switzerland are composed of squares and circles, cubes and cylinders. In a house he designed in Origlio, the golden ratio is the proportion between the central section and the side sections of the house.

In a recent book, author Jason Elliot speculated that the golden ratio was used by the designers of the Naqsh-e Jahan Square (Iran- Isfahan) and the adjacent Lotfollah mosque.

It is allthough possible that the architects in the ancient history used their own sense of good proportion, and that this has led to the use of proportions that closely approximate the golden ratio. Retrospective analyses can always be questioned on the ground that the if one chooses the points from which measurements are made or where to superimpose golden rectangles, these choices affect the proportions observed.

Posted by goldenratio at Saturday, January 30, 2010 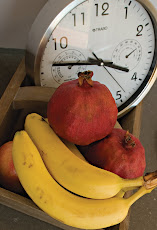